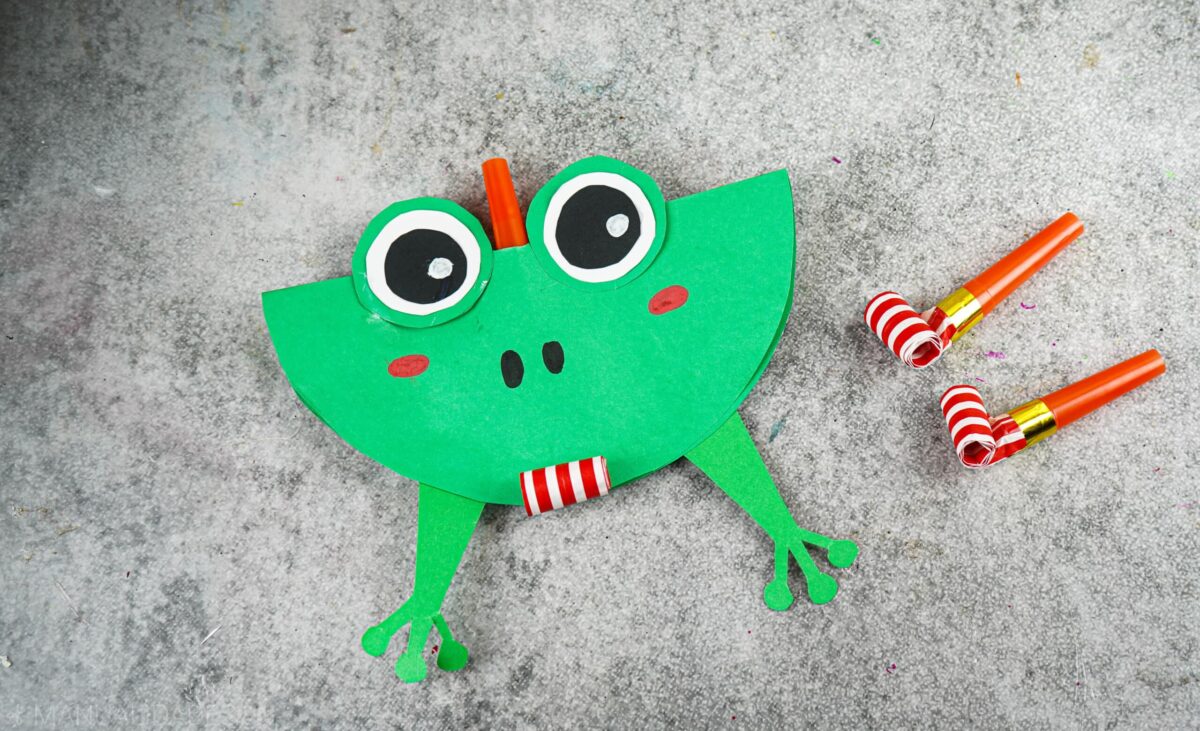 This frog will make you fall in love, since it has a very funny shape and a super nice tongue. It is a very simple craft that is done with a few simple steps, where we only need colored cardboard and a noisemaker. Why do we need a noisemaker? This piece will be the fundamental part to be able to make that language and with which the children can have fun, blowing and blowing... it will be an idea that they will love!

The materials I have used for the frog:

You can see this craft step by step in the following video:

We draw a large circle on the green cardstock. It will have a diameter of approximately 19 cm. Then we cut it out and fold it in half. 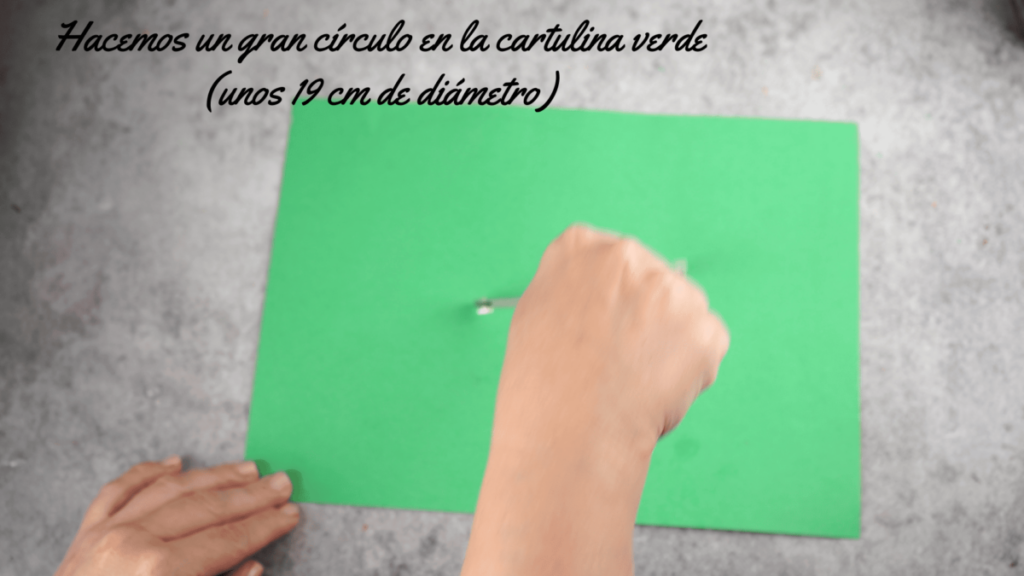 We ship circles to form the eyes. We make with the compass two of green color of approximately 5 cm in diameter. Then we close the compass a little and make two other circles on white cardboard. 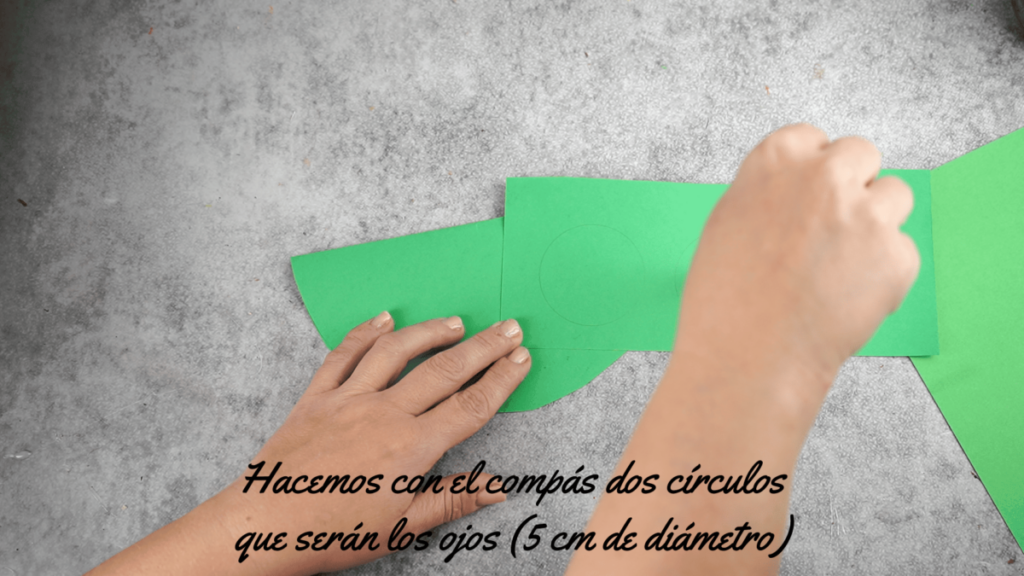 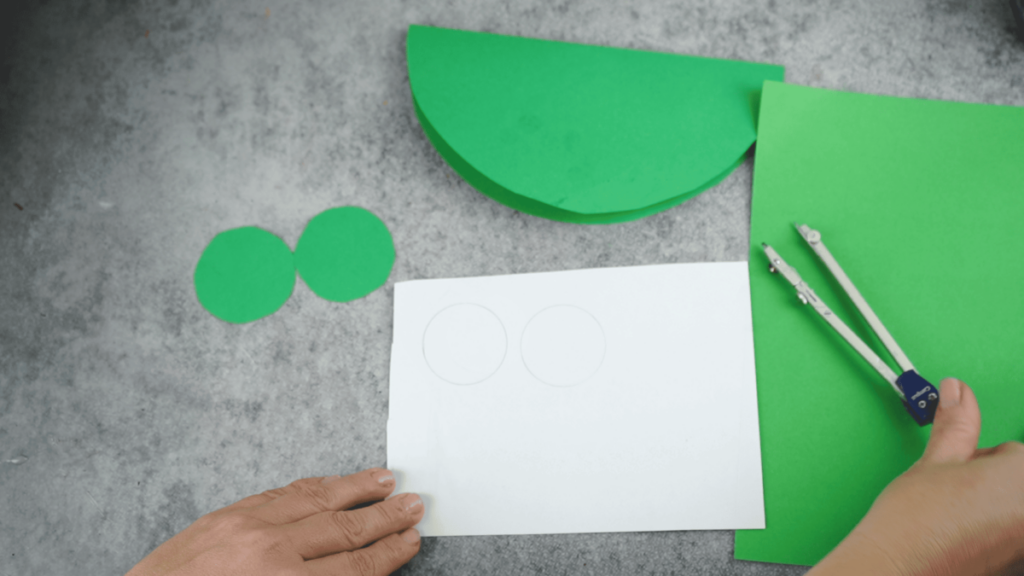 We close the compass a little more and make two black circles. We cut out all the circles. We paste all of them with hot silicone and making the pretty shape of the eyes. First the green black circle, then the white and finally the black.

On a green cardboard we draw freehand one of the legs of the frog. We cut it out. We take the cut leg and use it as a template to make another equal leg, we will also cut it. We will glue them to the bottom of the frog. 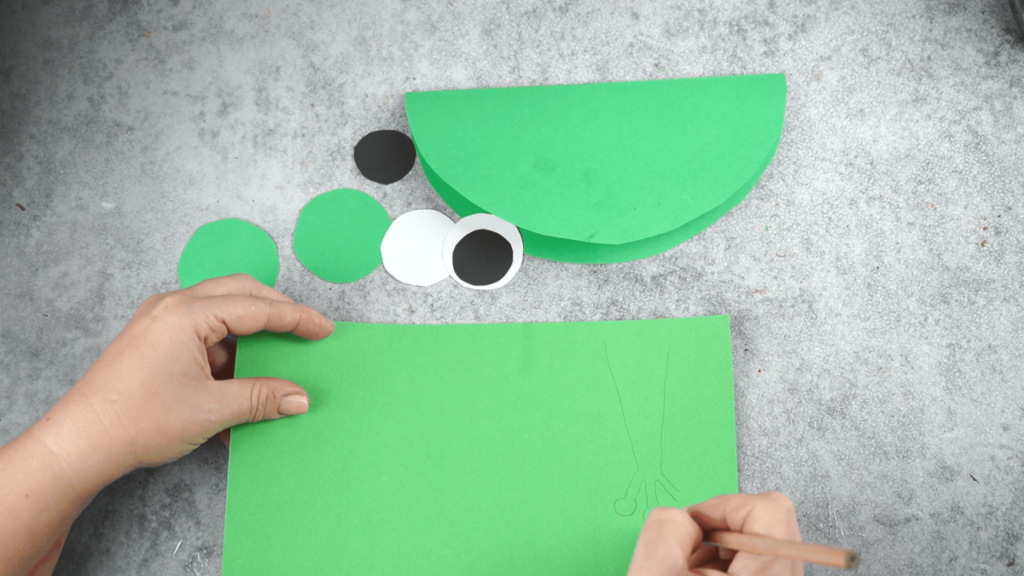 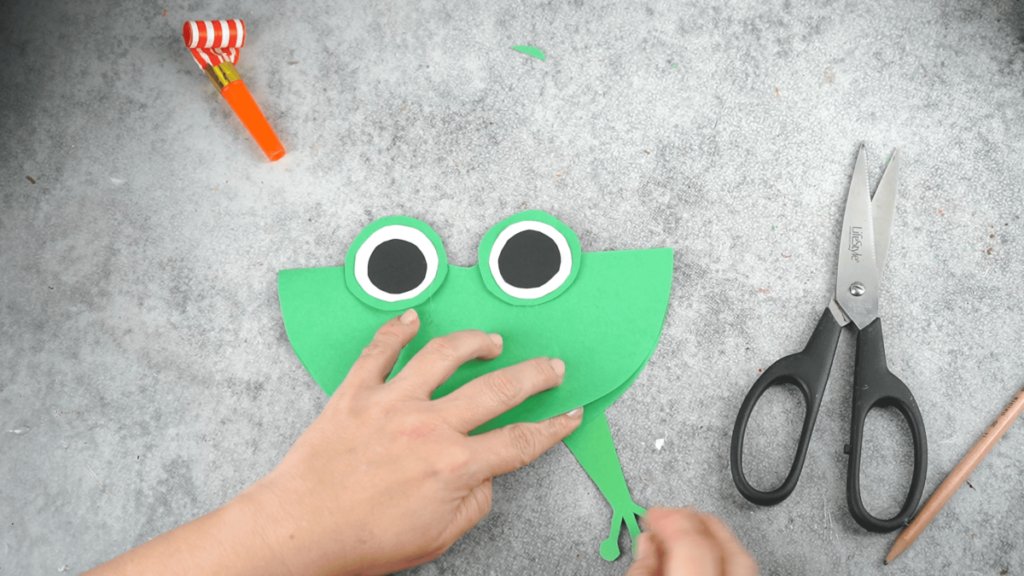 We put the noisemaker inside the structure, where will we have made a hole, and stick our tongue out of the frog's face. With the silicone we seal the two parts of the face that we had folded. This craft serves as a toy, where the children will blow the noisemaker and the tongue can move back and forth. 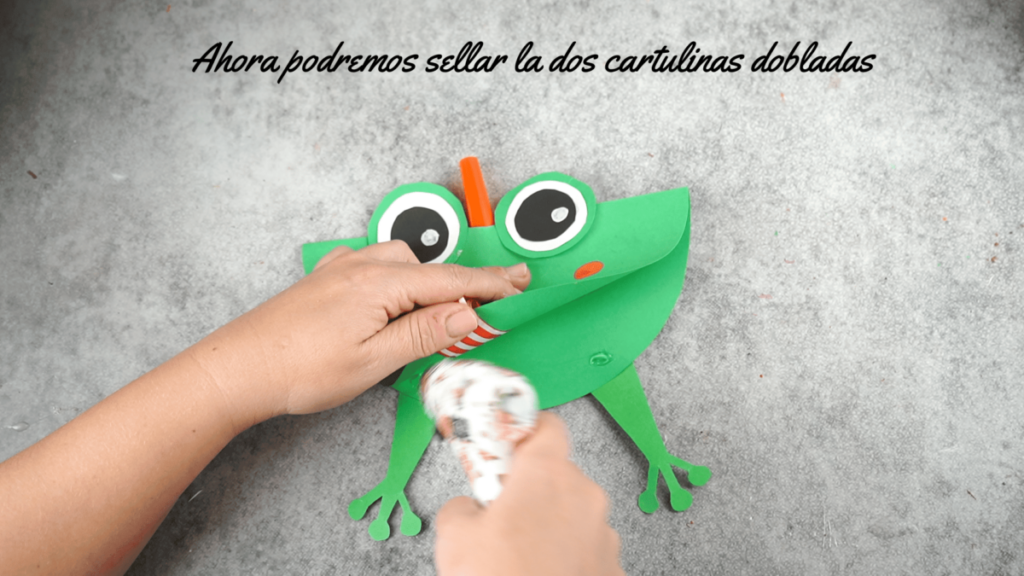 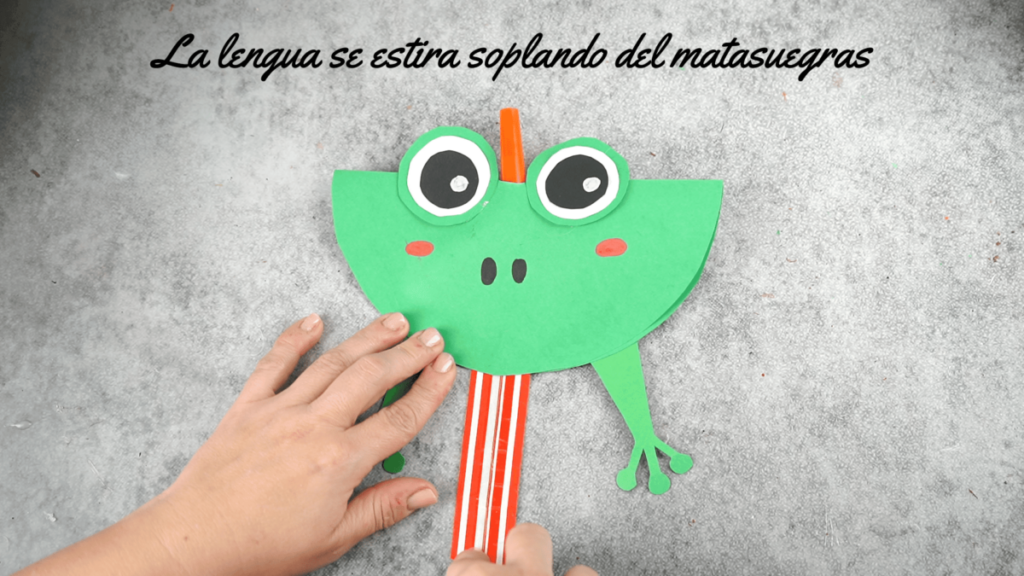 The content of the article adheres to our principles of editorial ethics. To report an error click here!.

Full path to article: Crafts On » Crafts and materials » Cardboard crafts » Funny frog with tongue that moves when blowing

It may interest you

News in your email

Receive the new crafts and tips in your email.